Özer Sencar - 30.10.2015
Increase İn Voter Turnout Expected İn Turkey's Nov 1 Snap Elections
Turkey's voters are expected to head to polling stations on Nov. 1 in even greater numbers than the June 7 elections in a development that could be advantageous for all parties, according to survey companies. Özer Sencar, the chairman of the pollster Metropoll, said they expected the turnout to be between 84 and 86 percent, while underlining that the choices of around 2 million university students would play a decisive role after Oct. 30, the day after Republic Day, which is an official holiday, was also declared an administrative holiday by the government. The selection of Nov. 1 as a poll day raised question marks as to whether some civil servants and university students living in cities other than their hometowns might plan to extend their one-day official Republic Day holiday to head home to vote. 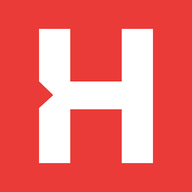